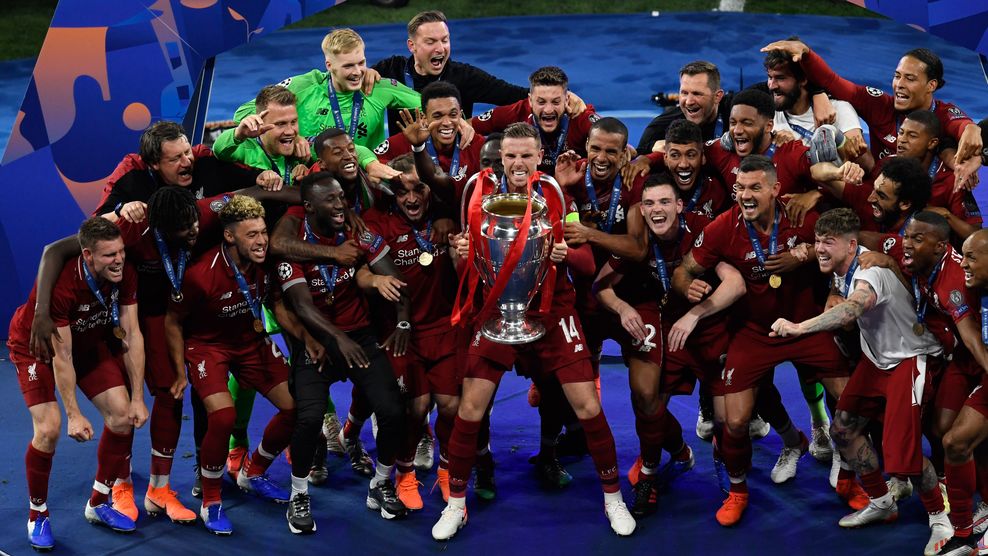 Liverpool are champions of Europe for the sixth time after a 1-0 defeat of Premier League rivals Tottenham in Madrid. An early Mohamed Salah penalty and Divock Origi’s late strike gave Liverpool victory in Madrid.

The 14th Champions League was won by Reds at the Wanda Metropolitano Stadium, Madrid – Spain.

Mohamed Salah scored one of the fastest ever goals in a Champions League final and Divock Origi struck late as Liverpool beat Tottenham Hotspur on Saturday and won the trophy.

More importantly, Liverpool have their sixth European Cup, further cementing their status as one of football’s most storied clubs.

UEFA Champions League 2019 (Liverpool players rejoice): “Everybody is happy now! I’m very glad to play the second final in a row and the full 90 minutes, finally,” Salah said. “It wasn’t a good performance from any of us individually but that doesn’t matter now.”

Jurgen Klopp speaking to BT Sport: “I am so happy for the boys all these people, and my family. They suffer for me, they deserve it more than anybody.

“Did you ever see a team like, this, fighting with no fuel in the tank? And we have a keeper who makes difficult things look easy.

“It is the best night of our professional lives.

“It took a while, it is important for our development and improvement, This little mark helps a lot, now we can carry on. The owners never put pressure on us.

“Normally 20 minutes after the game I am half drunk, but now I have only had water!”

UEFA Champions League 2019 comes to an end with Liverpool on the top of the table.