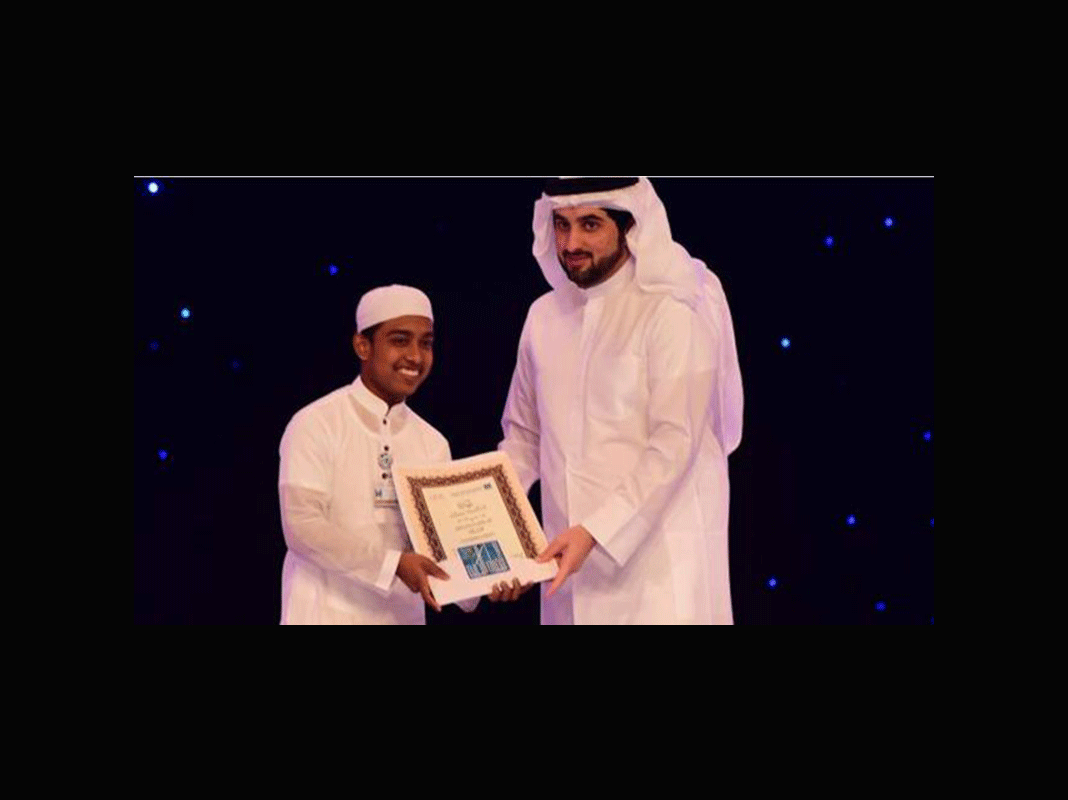 Shaikh Ahmad Bin Mohammad Bin Rashid Al Maktoum, honoured Islam and other winners of the annual competition at a ceremony at the Dubai Cultural and Scientific Association auditorium in Al Mamzar on 15 June.

Islam performed on the ninth night of the annual Quran competition, leaving the packed auditorium at the Dubai Chambers awestruck with his powerful renditions from the passages of Quran.

THE 13-YEAR-OLD ISLAM, WHO ALSO GOT THE FOURTH PRIZE IN THE ‘BEAUTIFUL VOICE’ CATEGORY, WALKED AWAY WITH THE FIRST PRIZE OF DH250,000.”

Having topped several national competitions in Bangladesh, the Dhaka boy justified his tag as this year’s favourite, leaving behind 89 other contestants.

2nd prize: PERSONALITY OF THE YEAR

Following Islam closely was the American contestant Huzaifah Siddiqui, who bagged the second prize of Dh200,000.

3rd prize: PERSONALITY OF THE YEAR

Following Islam closely was the American contestant Huzaifah Siddiqui, who bagged the second prize of Dh200,000. The ceremony also saw the honouring of the Islamic Personality of the Year, which this year was awarded to King Salman of Saudi Arabia.
Shaikh Saleh Bin Abdul Aziz Al Shaikh, Minister of Islamic Affairs, Kingdom of Saudi Arabia, received the award on behalf of King Salman.