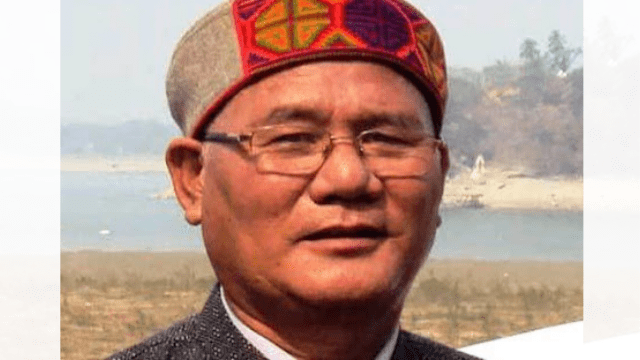 Yeshe Dorjee Thongchi, who was conferred prestigious Padma Shri, has been chosen for Sukapha Award.

Assam celebrates as the Sukaphaa Divas, or Asom Divas (Assam Day). An award is given by State Govt. that day to a prominent personality Arunachal Pradesh literary luminary Yeshe Dorjee Thongchi, who was conferred prestigious Padma Shri (for literature and education in 2020), has been chosen by Assam government for Sukapha Award. The award will be conferred on by Chief Minister Sarbananda Sonowal during a programme at the Themesi Higher Secondary School playground in Moran under Dibrugarh district.

Since 2004, the Sukapha Award was presented every year, however, after 2011, it is being presented once in every three years.

It is to be noted that Yeshe Dorjee Thongshi was awarded the Padma Shri award by the Government of India in 2020.  He was also awarded the Sahitya Academy Award for his novel “Mouno Oth Mukhar Hriday” in 2005.

The author’s other novel “Mouno Oth Mukhar Hriday” has already been translated into English, Bengali, Hindi, Boro, and Nepali.