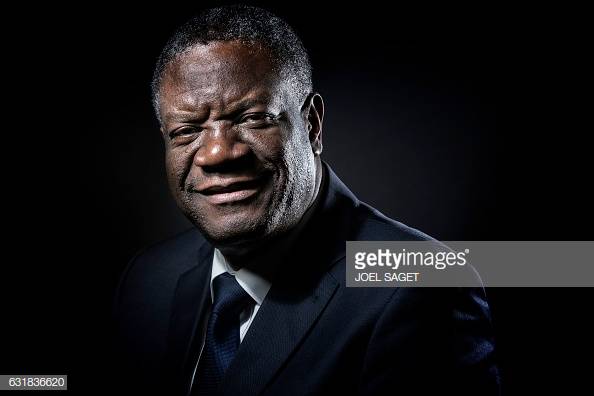 Denis Mukwege | Image Credit: Ill. Niklas Elmehed. © Nobel Media[/caption] [/vc_column_text][/vc_column][/vc_row][vc_row][vc_column][vc_column_text]Denis Mukengere Mukwege is a Congolese gynecologist. He founded and works in Panzi Hospital in Bukavu, where he specializes in the treatment of women who have been raped by rebel forces. He has treated thousands of women who were victims of rape since the Second Congo War, some of them more than once, performing up to ten operations a day during his 18-hour working days. Mukwege studied medicine because he wanted to heal the sick people for whom his father prayed, after seeing the complications of childbirth experienced by women in the Congo who had no access to specialist healthcare. In September 2012, Mukwege gave a speech at the United Nations where he condemned the mass rape occurring in the Democratic Republic of the Congo, and criticized the Congolese government and other countries “for not doing enough to stop what he called ‘an unjust war that has used violence against women and rape as a strategy of war.” On winning the 2018 Nobel Peace Prize Denis said…